Grupa LOTOS and Toyota Motor Poland signed at the end of November this year. letter of intent regarding cooperation intensifying works on the development of hydrogen utilization technology in road transport. It regards, among others for the construction of a hydrogen refueling station under the auspices of Toyota. The essence of the cooperation between Grupa LOTOS and Toyota Motor Poland is the construction of a hydrogen refueling station in Poland under Toyota, which is to be built in 2021. Thanks to the cooperation of the LOTOS Group and Toyota Motor Poland, the hydrogenation of transport in the country is to gain a real and practical dimension, noticeable for car users. 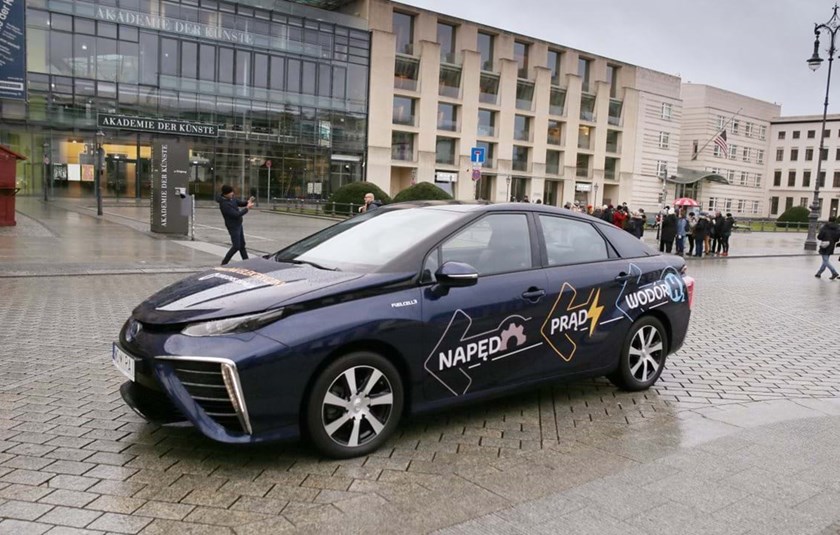 - In 2021, we will be the first in Poland to produce hydrogen of very high purity. Until then, at our first two stations, we also want to build car charging points with this fuel, and Toyota is one of the suppliers that has such cars. We want to make sure that what we prepare will meet the market requirements - says Marian Krzemiński, Vice President of the Management Board of Grupa LOTOS for investment and innovation.

- Our company produces a Toyota Mirai car. "Mirai" in Japanese means "future", so the name itself defines the brand's attitude towards hydrogen-powered cars. City buses with a range of 400 kilometers are also commonly used, and there are truck, aircraft, and even bicycle, forklift and ship constructions. Today we have the opportunity to drive, swim and fly hydrogen-powered vehicles. These vehicles are fully functional, user-friendly and - importantly - environmentally friendly - emphasizes Andrzej Szałek, adviser to the Management Board of Toyota Motor Poland.

The letter of intent is the beginning of work to be completed by a detailed cooperation agreement. According to the declarations, such a document is to be created by the end of the first half of 2020. At the same time, both companies have declared their willingness to cooperate in the promotion of hydrogen-based technologies, described by specialists as the fuel of the future.