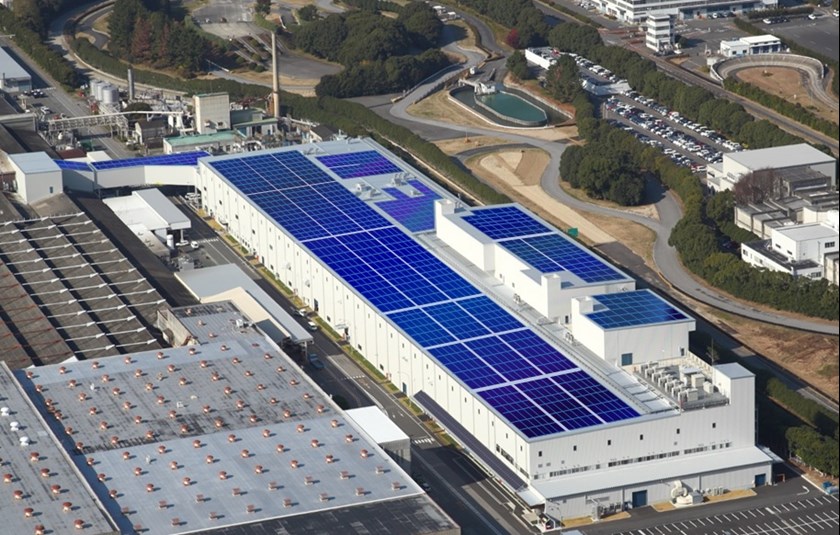 Energy services are aimed at reducing carbon dioxide emissions by using renewable energy. MC and MCP will install an industrial solar photovoltaic system on the roofs and a battery energy storage system built of partially used batteries from electric vehicles. After construction, the installed capacity will be one of the largest among solar roof installations not covered by the FIT * 4 system in Japan.

The construction of the roof photovoltaic system began in October 2019, and the launch of commercial operations is planned for May 2020. Initially, MC and MCP will install 3 MW (3GWh annual energy production) and plan to gradually increase this capacity. The Okazaki plant will then use the energy generated by the solar system, which is to contribute to the ecologically sustainable production of MMC electric vehicles. The energy service is therefore intended to allow MMC to use zero-emission electricity generated from the photovoltaic system located on the roofs, without incurring the cost of investment or ownership of equipment, but only by paying electricity charges. In addition, MC and MCP will install a battery energy storage system (BESS) and perform functional tests during the financial year 2020. This system will be composed of batteries previously used in Mitsubishi Outlander PHEV cars, reaching a maximum capacity of 1 MWh.

According to the adopted assumptions, the photovoltaic system and BESS will reduce carbon emissions by 1600 tonnes per year, but this is not the only advantage of the new system. In the future, BESS will be used as a virtual power plant, which is to contribute to stabilizing the energy system at the local level. In the event of a power outage due to breakdowns or disasters, MMC can use BESS to provide energy to the exercise center at Okazaki plants, which is designated as an evacuation point for city residents. Thanks to such solutions, the energy service not only reduces the carbon footprint of MMC Okazaki plants, but also improves their ability to respond to crises in the city.

Poznań Motor Show sets off on the road to electromobility