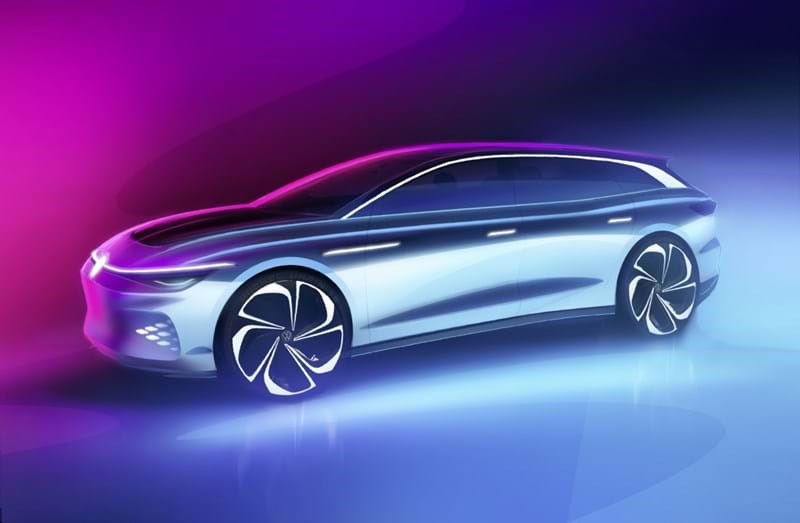 Lexus for the first time
For Lexus, the upcoming premiere will be special - this is the first model of this brand with electric drive (BEV). The debut of this car will take place on November 22 at the Guangzhou International Automobile Exhibition in China. As Lexus argues, the car was designed with the requirements of customers in China and Europe in mind. For the manufacturer, this is to be the next step in the development of electrified cars.

Studio, but not dream car
Three days earlier, at the other end of the world, another Volkswagen vehicle will have its premiere. During the Los Angeles Auto Show, the German group will present a studio version of ID. SPACE VIZZION, which in the production version is to go to the streets at the end of 2021. Thus, Volkswagen will emphasize that although this is a studio version, this is not another dream car.

Zero emissions and maximum functionality
ID. SPACE VIZZION is based on the modular MEB platform, which was constructed by the manufacturer for electric vehicles. The new studio model is to be distinguished by great aerodynamics and a rich interior. It is thanks to the aerodynamic body that the range of this car is to reach 590 km. For the production of interior elements, ecological materials were used, such as AppleSkin, i.e. artificial skin created from leftovers from the production of apple juice. - So far models from the ID family. they showed what is possible with electric cars in every typical segment. ID. SPACE VIZZION is a representative of the new class - says Klaus Bischoff, head of Volkswagen Design.